In late 2013 the City of Copperas Cove received funding to upgrade their Northwestern WWTP. The wastewater treatment plant was designed to treat 4 MGD on average. The plant utilized a conventional fine bubble aerobic digestion process followed by course bubble digestion prior to dewatering. The effluent is treated by UV then chlorine prior to discharge into a local creek.

The goal of this rehabilitation project was to add a new headworks screen, replace the fine bubble and course bubble diffusers, replace the Six 200 HP multistage centrifugal blowers and rebuild the sludge thickener and UV system. A total budget of $3.2M was available for this project. Vision Equipment had been working with the city staff to establish a rough budget for the equipment required. It was during this early stage that the city began to consider the prospect of reducing their monthly cost of power through purchasing more efficient aeration and digestion technologies, if possible. The Utility Director, Daryl Uptmore and Chris Altott, the WWTP Manager, took a personal interest in the preliminary technology search. They toured the nearby Lorena WWTP that featured APG Neuros Turbo Blowers and identified those as a money saving technology based on Lorena’s experience and other national studies provided by the manufacturer. Weeks later, the Submersible Aeration Mixer (SAM) was presented as an alternative to disk diffusers for the d aeration and digestion processes. The SAM offered a number of efficiency, regulatory and constructability benefits. After a brief review of the North WWTP in McAllen that had been using SAMs for five years they seemed a likely option for Copperas Cove. In early 2014 the city selected LAN Engineering to design and oversee the construction of this project.

The first quarter of 2014 was spent researching technology and budget costs. By March of 2014 the LAN PM, Dan Dow, P.E. generated a project budget and scope that included the rehabilitation they needed. The next year or more was spent vetting and comparing the costs and benefits of the approaches the city staff thought might work versus replacing what they had in kind. During the preliminary design the staff identified grit & rag accumulation in the aeration basins as an O & M cost they would like to reduce with the new technology, if possible. The WWTP was at or past its design life and the city needed the construction to begin as soon as possible.

By the summer of 2014 the city agreed with LAN as to the final scope of the project. During this time Dan Dow, P.E. requested budget costs from Duperon on the headworks screens based on his success with them on previous projects. AquaTec Inc., manufacturer of the SAM technology provided LAN with a life cycle cost comparison of the SAM. Their comparison showed the costs of ownership with both PD blowers and APG Neuros Turbo Blowers. The SAM – APG approach was also used at the McAllen North WWTP so a “real time” comparison could be made verses historical data. Copies of both the analysis submitted to LAN are attached. The results indicated that the SAM – APG approach could save the owner 30-40% per month on their total electrical cost. The SAM offered additional regulatory and constructability benefits in the fact that they met the new TCEQ 317 regulations favoring aeration technologies that DO NOT require basin dewatering for repairs. Furthermore, the “plug & play” concepts employed by both the SAM and Turbo Blowers lowered construction costs. 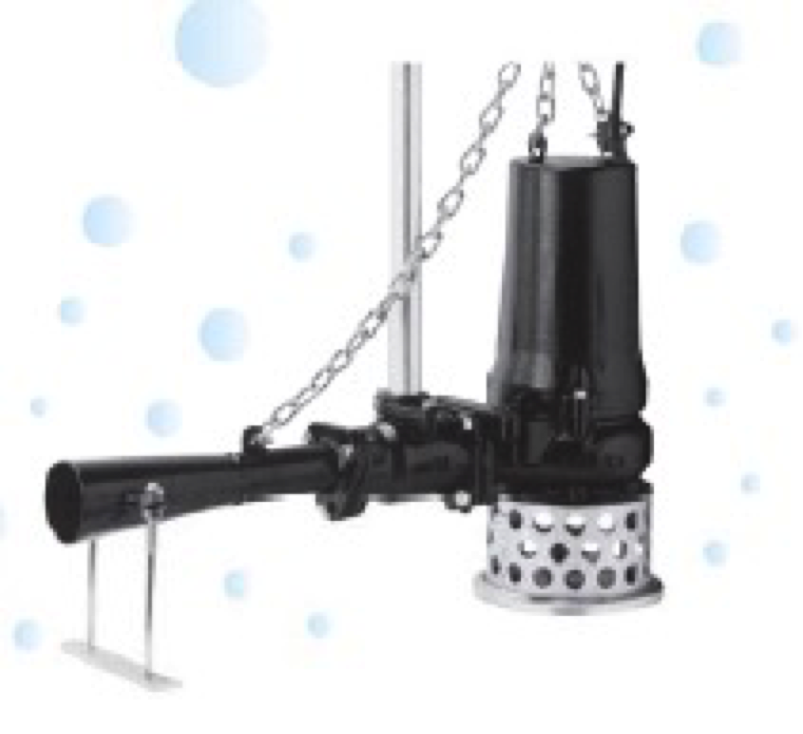 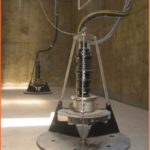 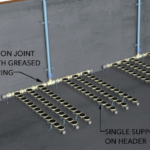 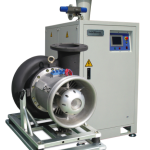 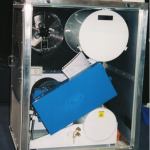 SAM Vs Diffusers for Copperas Cove 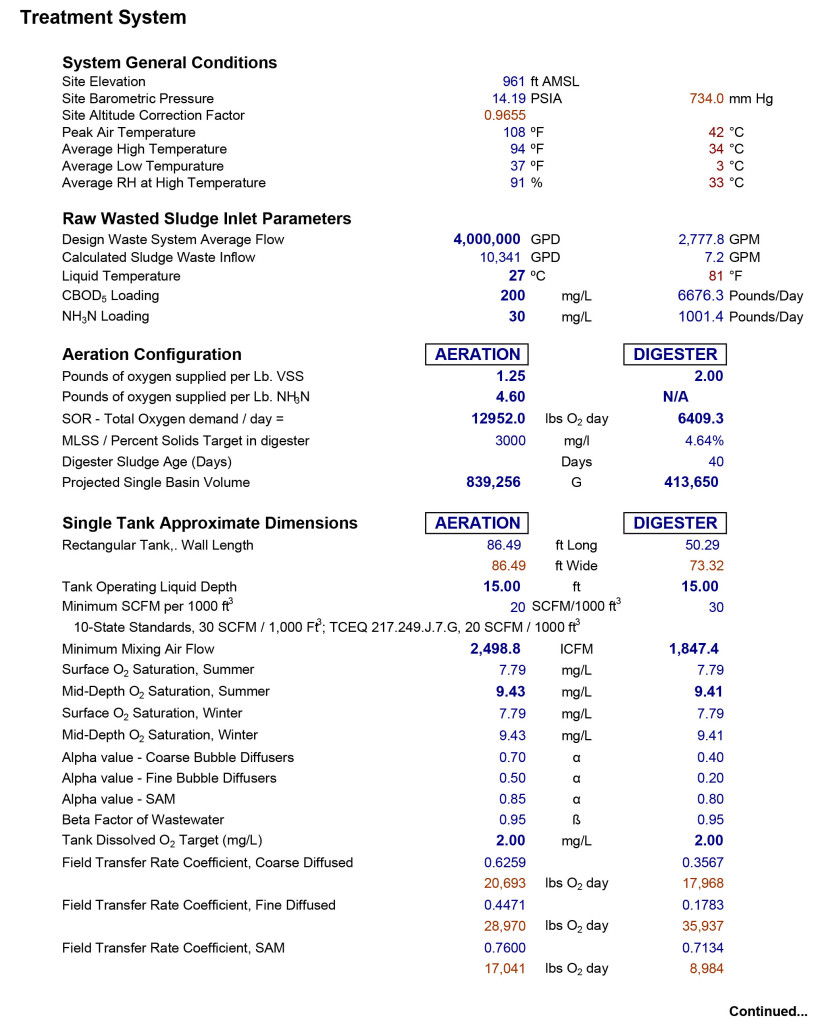 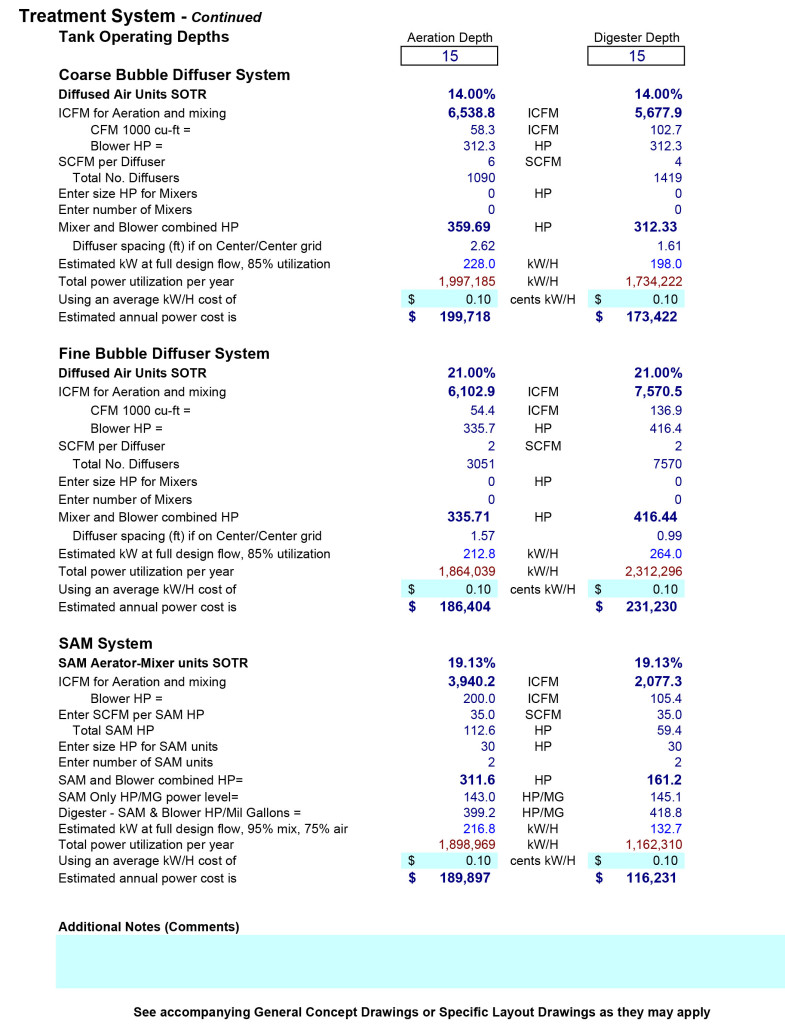